Something rotten in the state of Czechia? 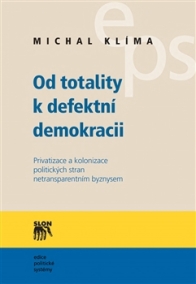 The Czech Republic has been in the news recently because of its politicians’ somewhat quixotic campaign to rebrand the country to the world as ‘Czechia’. But among political scientists and businesspeople the country’s name has long suffered worst damage than this.

Widely seen in the first decade after 1989 as a leading democratiser with high standards of governance overseen by a well-established set of West European-style political parties, the country has since acquired a reputation for engrained political graft and high level corruption, which blemished its record of reform and modernisation.

In successive elections in 2010 and 2013, the established Czech party system collapsed like a house of cards as – as elsewhere in Central and Eastern Europe – voters turned to a diverse array of protest parties promising to address the country’s ills by killing off political dinosaurs, fighting corruption and promoting the direct democracy. Political scientists quickly clocked thiselectoral turbulence and the unusual new parties it gave rise to, but few stopped to wonder why and how earlier judgements of the Czech party system as an ersatz, but basically functional, equivalent of West European party politics had been off the mark.

Michal Klíma’s  new book Od totality k defektní demokracii: Privatizace a kolonizace politických stran netransparentním byznysem [From totalitarianism to defective democracy: the privatisation and colonisation of parties by non-transparent business] tackles this issue head-on, suggesting that rather than being a normal party system distorted by elements of corruption, the Czech Republic’s post-1989 party-political settlement was a deeply corrupt system overlaid with a facade of left – right competition. END_OF_DOCUMENT_TOKEN_TO_BE_REPLACED

Why Czechs need Jim Hacker as well as Sir Humphrey 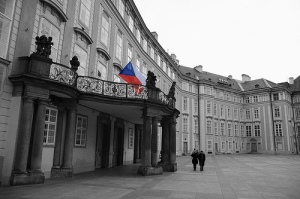 The rise of Slovak-born tycoon Andrej Babiš and his anti-corruption movement ANO in the Czech Republic has been greeted more with dismay than delight, as a harbinger of the oligarchisation of politics and the flagging of Czech democracy. But the arrival of a billionaire populist on the scene need not deal a fatal blow to Czech democracy and may be seen, in hindsight to, have provide impetus for change.  But does underlines that any reconstruction of the state needs to run in parallel with the reconstruction of politics and the emergence of a new, more settled form of democratic party politics.

Democratic politics is a moving target. The long term success of any programme to rein in the corrupt abuse of power arguably depends not only its ability to diagnose and treat current ills, but to anticipate the way democratic politics is moving. The danger is that changing nature of political and party landscape will run ahead of the reforms intended to regulate them, which are, in part,  a response to a political era dominated by ODS and ČSSD that is now receding.

In 1990s the Czech Republic opted for specific form of democracy foregrounding the role of political parties.  The Czech Constitution makes competition between parties the cornerstone of the country’s democracy. Legislation and Constitutional Court rulings  specify in detail some they should organise and operate to play this role. Parties are supposed to be voluntary associations of members open to society, which mobilise, include and educate citizens and transform partial interests into different, competing visions of the public good

The reality of Czech party politics, although oriented towards ‘standard’ Western European parties, has, of course, very differently. Parties have typically been closed rather than open; attractive to limited numbers of citizens; organisations with largely passive paper membership rather hotbeds of political activism; collusive rather than competitive; and deeply vulnerable to capture by corrupt vested interests. With the possible exception of the Communists (KSČM) and Christian Democrats (KDU-ČSL)   the country’s political parties seem shell-like bodies, which de facto are loose alliances of elite groups and political professionals, overlapping more with the worlds of business and public administration than with the life of grassroots communities. Although constitutionally and legally privileged, Czech parties are, in many ways, weak organisations. END_OF_DOCUMENT_TOKEN_TO_BE_REPLACED

Czech Republic: How bad is Babiš?

An article about billionaire Czech politician Andrej Babiš by UK-based think tankers Andrew Foxall and Ola Cichowlas   of the Henry Jackson Society on the website of Foreign Policy has set the cat among the pigeons. Indeed the highly critical portrait  has sufficiently enraged the Slovak-born finance minister and deputy prime minister, whose ANO movement came second in the 2013 election and now tops the polls, that he has threatened to sue.

The broad thrust of the piece on the Czechs’ ‘oligarch problem’ is a familiar one: that Babiš’ has accumulated a dangerous concentration of economic, political and media power, including expanding newspaper and TV holdings and influence he can wield over public broadcasters; that are huge potential conflicts of interests between his business empire political role (shifts in government policy on bio-fuel have been cited as an obvious example); and that his own personal, professional and business background raise questions about his democratic credentials.

With a Communist family background, he made a pre-1989 career as official in communist-era foreign organisation dealing the petro-chemicals, had contacts with communist-era secret police, which registered him as an informer (wrongly a Slovak court has ruled  – although appeals are ongoing).  His post-1989 business career has been criticised for the possibly legally dubious separation of the original (state-owned) Agrofert company from its Slovak parent and left unanswered questions about foreign-registered companies and funds – and political favours -which helped build up business empire.

The FP piece, however, does a less good job. END_OF_DOCUMENT_TOKEN_TO_BE_REPLACED

What drives the rise of Europe’s new anti-establishment parties?

The spectacular breakthrough of Pepe Grillo’s Five Star Movement in Italy in February underlined the potential for a new type of anti-establishment politics in Europe – loosely organised, tech savvy and fierce in its demands to change the way politics is carried class, but lacking the anti-capitalism or racism that would make them easily pigeon-holeable as traditional outsider parties of far-left or far-right.

But for observers of Central and Eastern Europe (CEE), the dramatic eruption of new parties led by charismatic anti-politicians promising to fight corruption, renew politics and empower citizens is nothing new. Indeed, over the last decade a succession of such parties – led by a colourful array of ‘non-politicians’ ranging from aristocrats to central bankers, journalists and businessmen – have broken into parliaments in the region.

Some have achieved spectacular overnight success in elections on a scale easily comparable to Grillo’s and (unlike Grillo) have often marched straight into government. Some examples include Simeon II National Movement (NDSV) in Bulgaria in 2001, New Era in Latvia in 2002 and Res Publica (Estonia 2003) and, more recently, the Czech Republic’s Public Affairs party (2010), the Palikot Movement (Poland 2011), Positive Slovenia (2011) and Ordinary People (Slovakia 2012),

In a new paper my UCL colleague Allan Sikk and I explore what these parties, which we term anti-establishment reform parties, have in common and what drives their success. END_OF_DOCUMENT_TOKEN_TO_BE_REPLACED

“Can you recommend a good book on Czech politics?” 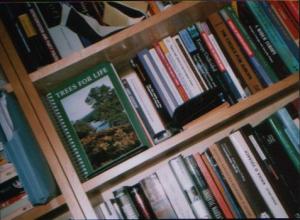 There must be a good book here somewhere

But then I rather hesitate. Trouble is, I sense the kind of book this person really wants has not actually been written.

Sure, there are introductory histories and guides, but SSEES graduate with a background in the regions knows all this kind of stuff.

And there  are some  fine  academic books  (usually comparative) about the Czech party system, or cleavages, or privatisation or lustration, or national identity or whatever.   But these are academic in the bad as well as the good sense: oriented towards theoretical and comparative problems; wordily anchored into numerous literatures;  clearly written but dry and colourless.

Immodestly, I think of some bits of my own book, which has, after all,  just come in paperback. When not trying to critique Herbert Kitschelt’s concept of regime legacies or fit new models party organisation to Czech parties, it has some (I hope) some quite informative and readable passages. Probably, the best academic book I’ve read on Czech politics in the sense I think the questioner means was Martin Horak’s  study of Prague  politics Governing the Postcommunist City.  As well as riffing very skillfully with some unconventional ideas path dependency and punctuated equilibria, it manages to give a holistic view of the city’s post-communist politics of 1990s and in your mind’s eye you  can sense political processes unfolding across offices , dodgy new developments, half finished motorway projects and crumbling historic buildings.

But even this only goes so far.  The basic problem is that there is a gap between academic treatments of Czech politics, which focus on  formal rules and institutions,  but can’t quite integrate the the corruption and sleaze, and journalistic accounts which is nigh on obsessed with – and well informed – but lacks perspective. The CR for all its faults is not Russia and is actually one of CEE’s better functioning democracies.

Speaking at the Central European Symposium, the Czech journalist Jan Macháček summed up Czech politics rather nicely as the political  leaders staying on the top floor of their part’s  conference hotel with lobbyists, dodgy sponsors and informal power brokers safely esconced in the suites one floor below. He meant it as reportage , but it works  equally well as a metaphor for the limitations of different styles of political analysis.

In the end, I recommended a different book altogether where the Czech Republic barely features in the index.