Klaus and the nationalist right: Catching a tiger by the tail?

A few weeks ago, a journalist from the Slovak daily Pravda got in touch with me and various other political scientists interested in Czech politics to ask how we thought President Václav Klaus, who had just turned 70, was regarded abroad.

Being fairly literal minded, I answered his question without taking the obvious opportunity to give my own opinion at great, or indeed any length.

If I had, I would probably have seen Klaus as a potent and fascinating cocktail of negative and postive, leaning  probably towards the negative.  You can read what I and various others said here.

But the issue in Czech politics at the moment is not what Václav Klaus has done in two stints as prime minister and two terms as President, but what he will do as his second and final presidential terms comes to an end (he steps down in 2013).

Rumours abound that he will sponsor or lead or endorse some kind of new nationalist, eurosceptic party, perhaps based around the DOST initiative that has provided a rallying point for far-right nationalists and social conservatives and right-wing eurpsceptics with a more respectable, mainstream background, and whose web banner features Klaus prominently.

The  controversry around appointment of Ladislav Batora, the chair of DOST, to post of director of personnel in the education ministry, nominally at the behest of the Public Affairs party but with the approval and support of Prague Castle, has been the most recent focus for such speculations.

Mr Bartora’s record of political involvement with  a diverse range far-right  groups seems pretty make him pretty much –  to quote  Finance Minister, Miroslav Kalousek – ‘a right old fascist’ (starý fašoun) and his (seemingly ongoing)  bad-mouthing of government politicians on Facebook suggested nothing more than a fringe politician enjoying his five minutes in the limelight, although, to be fair he did also managed to join a few small mainstream parties in a life of hectic political tourism.

But  President Klaus and his CEPin thinktank have a record of cultivating fringe figures and groups in a twilight zone between the extreme right proper and mainstream eurosceptic right once typified by Klaus himself that goes back several years.  I have picked up a few of them in this blog.

Some of his advisors, most notably the deputy head of the Presidential Chancellory Petr Hajek, have also come out with a range of  provocative and/or eccentric conservative views without being dropped by his boss.: Hajek, for example, has questioned the theory of evolution and dismissed gays as ‘deviants’ , while the CEPin thinktank has given space over to anti-Jihadi conservative fringe groups who see parallels between issues of migration and integration in Western Europe and the Czech experience with the Sudeten Germans.

Why is the Czech President cultivating such a strange collection of sometimes barely credible figures such as Batora or his DOST deputy František Červenka, who once dismissed the EU as plot by freemasons and paedophiles?

Even allowing for the fact that he might find a use for provocateurs and eccentrics without necessarily agreeing with them, the answer one might guess could be partly ideological. The drift of Klaus and sections of the Czech centre-right towards more nationally minded eurosceptic views centred on defence of the Czech state and scepticism towards Germany has been a matter of public record since late 1990s (rush out and buy the paperback of my book to read more).

Klaus’s rarer pronouncement on social issues such as multi-culturalism or civil partnerships (which he unsuccessfully veteo-ed as President) also suggest reveal growing conservative preoccupations, which may – we could surmise – be more fully developed and far-reaching than we suspected.

A second response is the Czech President is looking for an opening through which to influence and intervene in Czech (centre-)right politics from which he has beem increasingly marginalised since stepping down under considerable pressure as leader of the Civic Democrats (ODS) in 2002.

Could it really be the case that the Czech President is planning to lead a new party? Or at least planning to breath life into some kind of new eurosceptic, nationalist bloc perhaps centred on the Sovereignty party, which (predictably) he also has good relations.

Political opponents such as Foreign Minister Karel Schwarzenberg certainly think so, as does Ladislav Batora who claims to have discussed it with Klaus in a meeting a couple of years ago, which lasted (wait for it…) an hour.

But really we have been here before. In 2008-9 as the Civic Democrats (then in government) wheeled round to pragmatic acceptance of the Lisbon Treaty, Klaus quit the party and rumours abounded that he would launch a new eurosceptic party, or back one of the two new anti-EU parties shaping up to contest the 2009 Euro-elections.

Leaflet for the eurosceptic Free Citizens' Party formed in 2009

It never happened. And the reason that Klaus  did not step up to the plate  and, indeed,  eventually signed the Treaty into law are the same: he had too few cards and perhaps  shrewdly realised that, even with his endoresement, it was likely to make limited impact. Certainly not the kind of impact needed for him to reshape the Czech centre-right he did so much to create in 1990s or have any decisive role in Czech politics.

Are the prospects for a new national bloc, perhaps taking the form of a French style Presidential rassemblement, better now? In many ways they are.  The Czech party scene has been de-stabilised by the ‘earthquake election’ of 2010. ODS is politically weaker than it has ever been and the governing coalition it leads is shaky.  The global economic outlook and the Euro is in the kind of crisis which Klaus and other eurosceptics foreaw.

Public opinion research highlights a niche in the electorate, where a socially  illiberal nationalist party might sit, and the are signs that very strong, but politically usually latent public prejudice against Roma are starting to find organised social and political expression among ‘ordinary people’, rather than just the marginal far-right sub-culture. 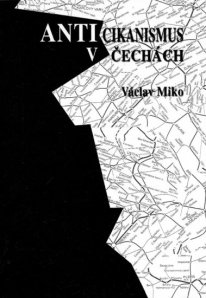 Demonstrations  organised by the far-right against ‘Gypsy crime’  in Vansdorf drew suprising numbers of local people, while incidents such as the smashing up a bar by Roma in a dispute over teenagers using fruit machimes provoked a succession local protests without  involvement of the extreme right.

So far only small town populists and figures with Mr Batora’s kind of track record have sought explicitly to capitalise politically on such sentiments.

President Klaus, while usually bluntly insensitive to Roma issues,  has perhaps sensing the untrollable potential of public ‘anti-Gypsyism’ (anticikanismus) as researchers term it expressed his disquiet about the rise of anti-Roma protests.

In the end, you wonder whether  illiberal Czech nationalism is  a tiger than the ever cautious, calculating Klaus will want to grab by the tail.

2 responses to “Klaus and the nationalist right: Catching a tiger by the tail?”